Making Tax Digital Delayed – How Does This Affect You? 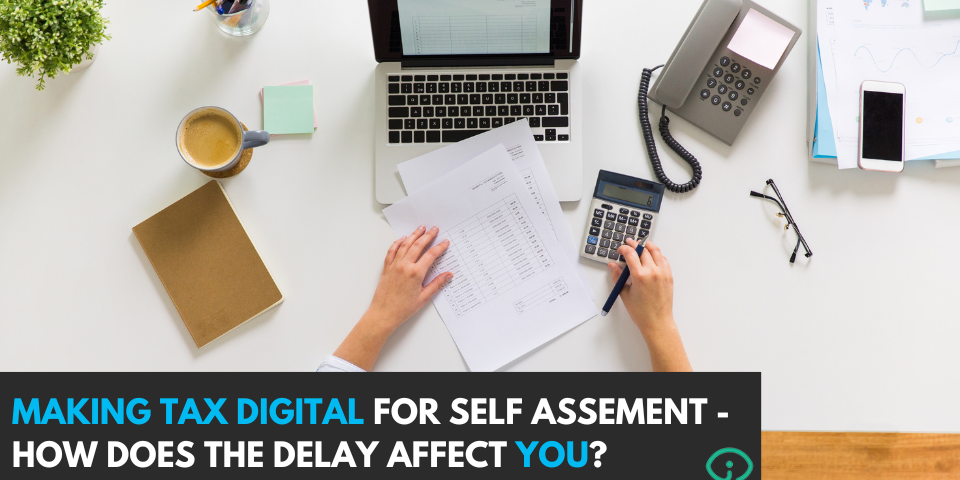 HMRC have announced a delay to the introduction of Making Tax Digital for Income Tax Self-Assessment (MTD for ITSA) until April 2026, but how does this affect your business? Helen explains what MTD is and how we can help you to prepare…

The Making Tax Digital for Self Assessment scheme has been delayed for 3 years, and will also be launched in a phased approach depending on the level of the taxpayer’s income, the HMRC statement stated:

What is Making Tax Digital?

MTD is HMRC’s vision for a modern, more simple tax system, which reflects the changing face of business in the 21st century. MTD allows real time, digitalised records to be submitted throughout the year using recognised accounting software such as Xero. This allows HMRC to make their tax records more efficient and reliable, and to recoup some of the estimated billions of pounds lost in taxes each year due to errors in reporting.

HMRC have detailed evidence that errors are much more likely to be made when accounting records are kept manually using either pen and paper, boxes (or plastic bags!) of physical records or spreadsheets.

The records that taxpayers need to keep for MTD are not changing, the change is where and how these records are stored.

Digitalising accounting and tax records not only brings HMRC benefits in collecting more in taxes, it can help taxpayers to simplify and gain greater insights into their financial position. It can also help prevent those last minute tax panics on 30th January each year!

Where is MTD at Now?

The next stage is MTD for Income Tax Self-Assessment, which was initially intended to be mandated from April 2024 for self-employed business owners and landlords with annual income over £10,000. This timescale and threshold has been scrapped and replaced with the new 2026 mandate. MTD for ITSA for general partnerships, businesses and landlords earning below £30,000 has not yet been mandated.

MTD for Corporation Tax was intended to be the next step, but it is not known how the delay to MTD for ITSA will effect this.

Why Was MTD for ITSA Delayed?

HMRC have stated that the primary reason for the delay is to relieve pressure on businesses caused by the current economic situation. HMRC will ultimately only benefit if MTD for ITSA is implemented successfully, ensuring that it will be a seamless transition for taxpayers, accountants, software developers and HMRC.

The proposed date of April 2024 was proving to be too tight a turnaround for those within Self Assessment who previously reported once a year (the 5 April tax returns due by 31 January the following year). The transition to MTD for ITSA would have meant a new method of record-keeping as well as reporting 5 times a year, made up of 4 quarterly returns as well as one annual return.

Is This Good News For Me?

MTD for ITSA has had some issues, meaning the delay is good news for Self Assessment taxpayers. The quarterly reporting necessity for businesses or taxpayers earning more than £10,000 would have presented a significant burden and we welcome the new staggered approach to MTD, bringing in those earning over £50k in 2026 and £30k in 2027.

Digital accounting systems do still bring benefits and while it may not be a legislative requirement right now it is still worth reviewing what can be done to prepare for the implementation of MTD for ITSA. Digital systems can result in significant time savings through automating manual tasks, creating efficiencies through software integration to provide quicker, detailed insights into business performance.

We recommend that you get acquainted with MTD now, so that when 2026 comes around, you’re more than prepared for the change!

Making Tax Digital is a significant change in the way business finances will work in the future but the good news is that once we have set this up, it will be an easy and stress free manner of dealing with your tax. Book a call with us to discuss MTD for ITSA – email us info@insightfinancesolutions.com or drop us a message here.

SIGN UP
Stay ahead with our monthly business finance bulletin.